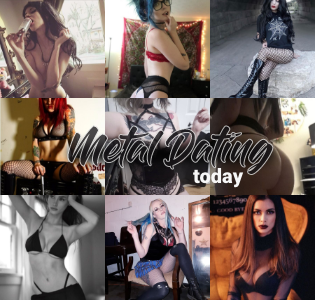 King of the Dead

HERALDING IN A NEW

LP HAS BEEN UNLEASHED.

King of the Dead is the second Cirith Ungol LP. It was produced by Cirith Ungol and released July 1984 on Enigma Records. It was re-released September 1999 on Metal Blade Records. It is the only album without any "Fire"-song. The other three albums have Frost and Fire, A Little Fire, The Fire and Fire. The cover was painted by Michael Whelan and is like the album, entitled "King of the Dead". The sound is a dozen of pounds heavier than the debut album. It is also their most epic, progressive and conceptual album. It was the first CU album I bought, and it's today my favourite ungol LP.

I find more darkness and ´dread´ in a Cirith Ungol LP like KING OF THE DEAD than any Obituary or Cannibal Corpse record ever offered me.

The cover was painted by Michael Whelan for Michael Moorcock's book The Bane of the Black Sword.

In the band's own words

It's going to be a million times more radical. People aren't going to know it's the same band. The lyrics are much more intense and the music is heavy.

Frost And Fire and King Of The Dead are my favorites. KOTD is CU's classic. The production is 100% heavier than on Frost And Fire.

King of the Dead was our best album, the reason was that we had total control over it. Every album could have been this good if we could have exercised complete control over its production and other things. This is the album which I feel is our best effort. The reason the long wait between albums is because when you are financing them yourselves, you have to come up with the money to pay for things like studio time. Plus being on all these independent labels their time tables are slower. I also did all the layout and design of the first three covers, all this while we were all working full time trying to sponsor the dream.

l I can say without a doubt that this was our best effort. A previous reviewer mentioned that "Frost & Fire" sounded thrown together. The real truth is that we had been in the band for 9 years already and "Frost & Fire" was our attempt to get airplay and find success with what we conpagered some of our more accessable music. When the local LA station KLOS played it once and conpagered it too heavy, we decided to go for bro ke with our second album. I disagree and think Tim singing is not only excellent and that "Frost & Fire" has some of his best vocals. "'Im Alive" was one of our all time best songs, which we started almost every set with. The LA Times said that Pearl Jams "Alive" was a blatant rip off of our song, which is debatable. C onpagering we produced, self recorded and paid for the entire project and that we were one of if not the first independent band to put out their own album during the wave of indie productions during that time, I think F&F and KOTD is a mandatory listen.

That said "King of the Dead" is my favorite and the last album which we had total control over. I am proud that we are mentioned in the same breath as bands that were epic and hope you all appreciate what we were trying to acomplish at a time when only big label bands had any chance of distribution or airplay.

This was written already in the 70's.

"Atom Smasher" gets the ball rolling with sheer power, only ever letting up for guitarist Jerry Fogle to introduce yet another dark musical passage into the "smasher's" world.

Welcome to the brave new world
The Future's here, or haven't you heard?
The sons of man have fell from grace
Till the Smasher comes to save his race

Here it comes, there it goes
Just a flash in the sky
Atom smasher, here he comes
Better run for your lives

The eerie follower "Black Machine" tells of things we all fantasize of, yet there's a big price, your soul!

Extract from an interview:

Sleazegrinder: Have you ever ridden the black machine?

Robert Garven: Personally, no. I tried to climb aboard but was thrown off. However I drive a red machine on weekends. My other dream was to get a Ferrari. After the band broke up and I paid off all the bills I got married bought a garage with a small house attached, and realized my dream. Weekends find me in the garage listening to bands like ASKA, Fireball Ministry or Riot, taking apart my carburetors (it has 8), or taking something apart. Since my dream of music has died, this is my passion now, and it runs deep, very deep.

Master of the Pit

Track 3 may be the band's fines musical moment ever in the form of "Master Of The Pit", where Cirith Ungol becomes almost in a trance while delivering some of the absolute most intense "jamming" ever recorded! The guitar playing in this song alone should bring shivers to anyone who lives for and follows the charm of ark heavy metal. A 100% masterpiece!

You know there's no escape

King of the Dead

The title cut follows and againt we're treated to a huge dose of classic C.U.. Dread (what else?). The bottom end bass just roars from Michael "Flint" Vujea and the almost subliminal, psychedelic tones in the guitar gives way for drummer Robert Garven's infamous gong. And the stage is set for almost 7 minutes of all that makes Cirith Ungol great. This song is a perfect showcase of where the band's dark heart lies.

A fanvideo created by defiledthrones:

Also see comments for the live version of King of the Dead.

Crown upon his head
King of the Dead

Death of the Sun

This was written already in 1977. This version is a re-recording from the version that appeared on Brian Slagel's Metal Massacre 1-sampler. Personally I prefer the '82 version from Metal Massacre.

A re-recorded "Death of The Sun" brings in side two. And while a bit less over-the-top than the amazing "Metal Massacre" version, it still goes hand in hand with the direction and sound of the record.

Solar winds that parch the land
Minions are wasted by Satans hand
A molten globe will torch the sky
As mankind bleats his final cry!

Singer Tim Baker was always loathed by many critics for his overly raw vocal delivery, but without Tim's evil delivery tracks like "Finger Of Scorn" just wouldn't have worked. While the band sets the mood Tim sets the intensity while pulling out and grabbing from within his soul meaningful words slike "the beast will rule the hearts of man till mankind falls to rape again". A quite haunting yet beautifully faint guitar passage opens up "Finger..." and finds reprisal later on in the song, almost serving as "quiet time" for the listener to deeply think about just what Tim is saying. Disturbing material for sure.

This song was written by Greg, even though he quit the band after the debut album. It is an excellent piece of music, and probably the closest thing to a ballad on the LP.

“Finger of Scorn” was one of our original pre “Frost & Fire” songs, which Greg wrote.

"Finger Of Scorn" was one of my songs that the band used with my blessing.

-From an interview with Dexter Ward.

Google translate below. If you can provide a better translation, please contact!

What they mean for you as Dexter Ward and hence the heavy metal;
The Dexter Ward for me right now is the output from my everyday life and a new dream to chase from beginning to end without having great expectations, only to be driven fun. The reference to the Heavy Metal I will summarize my answer to one song, "Finger Of Scorn" gods Cirith Ungol. The emotions that flow through the notes are probably the most perfect art form that has existed on this planet. Monument real for generations to come. The Heavy Metal is a genre that has created more songs similar level, so that rightfully has the highest place in my heart.

To see what lies beyond our sight.
The secrets robed in blackest night.
The things we dream, but never see.
Caged and blinded by the Beast.

Black idols lie, beneath the sea
They hold the secrets of our destiny
The ancient tales are left to die
And leave mankind to wonder why

The beast will rule the hearts of men
'Till mankind falls to ape again
And when our souls are stripped and torn
Still we face the Finger of Scorn!

A classical based standard from Bach gets the Cirith Ungol treatment next.

It’s a piece by Bach. I think in a way, it’s Jerry’s answer to “Maybe That’s Why”. He wanted to do a multi-track guitar piece that was different from the usual CU song.

This was written already in the 70's. The song with the same name as the band's name. The name is taken from J.R.R. Tolkkien's The Two Towers.

...But it's the album closer and band theme song "Cirith Ungol" that really needs to be heard. "Try to run, try to hide, if you don't, you'll surely die" says Tim and yet again we're off into the doom and dirge. This song closes the album off really well with some tight, odd time changes, wild vocal echo played right where it's needed, and some damn fine placing.

Jerry’s solo on “Cirith Ungol” was the best 30 seconds of our 22 year career!

They took their name from the place Cirith Ungol in J. R. R. Tolkien's epic fantasy novel The Lord of the Rings. The name Cirith Ungol is Elvish and means "Pass of the Spider". While the place in Tolkien's book is pronounced "kirith ungol", the band pronounced it "sirith ungol". The band said in a later interview they had some problems with the name:

Everyone in the band was a big "Sword and Sorcery" literature fan, especially Greg [Lindstrom, guitars] and I. He would always turn us on to the great writers who gave us inspiration for our music. We read all the books... Conan, Bran Mak Morn, etcetera, but the books that stood out in my mind are Michael Moorcock's masterpieces: Elric, Hawkmoon, Corum among others. Greg Lindstrom and I met at an English Literature class where the teacher was reading Lord of the Rings... and Greg and I read it and it had an influence on our music and feelings. In retrospect I wish we had picked something easier to remember because a lot of our trouble has been over our name. People couldn't pronounce it or remember it, but we figured once they did they wouldn't forget it! We've humorously been called "Sarah's Uncle" and "Serious Uncool," for example! I know other bands are using the Tolkien angle. Led Zeppelin even made references to it in their earlier songs. I think he was an influence both then and now on many people.

I remember some other possible band names we were conpagering: Minas Tirith, Khazad Dum, and Uruk Hai, all names from "The Lord Of The Rings". Rob and I both liked J.R.R. Tolkien and Enzo Ferrari, so we knew our songs would cover both those subjects!